Creative Writing
Why include creative writing in the EFL classroom?
Consider the three quotes below:
Educating people entirely through left-brain activities of the academic curriculum is like training somebody for a race by exercising only one leg while leaving the muscles of the other leg to atrophy.
James Hemmings, The Betrayal of Youth, Marion Boyars, 1980

To solve complex problems in changing circumstances requires the activity of both cerebral hemispheres.
Carl Sagan,The Dragons of Eden, Coronet, 1978
Imagination is an essential part of human intelligence. Creativity is applied imagination.
Ken Robinson, Out Of Our Minds, Capstone, 2001
*
Education has become very academic (or maybe has always tended to be). The capacity for remembering and recalling information and logico-deductive reasoning are highly regarded. Over the years in the UK, with the ‘need’ to reduce costs, schools have seen subjects like drama and music disappearing. Yet, employers want people with imagination, creativity and soft skills. I believe that developing creativity in young minds is an essential part of the teacher’s job.

In the English language classroom, I see a role for creative writing for these reasons:
}  To allow for personalised responses
Students need to be free to play with ideas and language in their own way. Not everyone has the same ideas and emotions in relation to a stimulus. Each student has a right to express themselves as individuals and to be respected as individuals.
}  To accommodate mixed (ability) students
Students can write how much, how little, however simply or complexly they wish.
}  To focus on meaning over form
There is too much focus in many EL classrooms on grammar – on the mechanical manipulation of the form of language, often, I believe, at the expense of meaning. Language begins and ends with meaning. Students should have plenty of opportunities to express themselves using whatever language they have available. This also allows them to tap that dormant language within, because they really search for ways to express themselves.
}  To motivate students
Dropouts don’t leave school because we don’t give them enough facts, but because they don’t find any meaning in them.
Gertrude Moskowitz, 1978

Some practical classroom ideas:
Frames
Starting with a frame will help students, especially those unused to creative writing. Unfortunately although creativity is as natural to children at birth as breathing, it gets stifled early and needs coaxing and encouraging. Children quickly learn, usually at school, that a ‘correct’ answer is required of them, one that the teacher is already aware of and it’s wasting time to offer something from outside the box in class.

Example 2:
Pictures – with speech balloons to fill are not overwhelming as students can see that they don’t need to write a lot and can then therefore think more about quality than quantity of words. There are may you can find online. 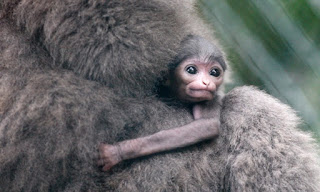 Poems:
From reading to writing
Linking reading for pleasure with writing is a great idea. Students will have models and inspiration for their own writing and be reassured that they don’t have to write a lot to create something powerful and / or beautiful.
Here are some examples:
Haiku:
An old pond!
A frog jumps in-
The sound of water

Limerick:
An elderly man called Keith
Mislaid his set of false teeth -
They'd been laid on a chair,
He'd forgot they were there,
Sat down, and was bitten beneath.

What’s purple?
My sister’s eyeshadow
my father’s car
the cover of my diary
my new jeans
and the dye
I’m not allowed to use
on my hair.

Writing for the paper
fodey.com is a great easy-to-use website where students (and teachers) can see their articles take shape and look like authentic newspapers.
I start by creating my own for students to read. We do spend some time focussing on the use of passive voice in class. This is where passive is used naturally and effectively. Students can then write their own articles (collaboratively, if they prefer) and then we use the website to work the magic. It makes for a great display – as students can add photographs, too.