In general children under ten years old cannot learn grammar through a focus on rules. We can see this through observation and we know this through our reading of Piaget et al. The logical thinking, reasoning and generalization needed to be able to work from grammar rules is something that only really starts developing from the age of eight or nine onwards.

So children can’t learn grammar? Of course, they can. They learn the grammar of their first (home, mother) language incredibly successfully. They do so through a great deal of exposure to it from everyone around them: hearing songs and stories, listening to caregivers and siblings, having access to media like TV and radio. They spend a great deal of every day of their early lives just listening and trying to make sense of what they hear. Then they use it when they need to communicate.

What we as teachers of children learning English as a second, additional or foreign language must ensure for them to be able to make sense of this new language is to:
·
Provide plenty of exposure to English, by using it as much as possible ourselves in the class room, telling stories, singing songs and just chatting to the learners in English
·         Ensure that the language input they get is supported by plenty of meaningful clues to meaning like body language, gestures, facial expressions, visuals
·         Allow children to play with the sound and rhythm of language
·         Encourage children to communicate with whatever English they have
·         Give positive feedback and praise them so they keep trying and having fun
·         Give children tasks that help them notice the patterns of language they have been exposed to like the two tasks below which should be copied and cut up. Make them nice and big so that children can work in small groups at their tables or on the floor. And be careful to cut them in such a way that it's not possible to match them just by putting two pieces together and see where they have been cut!!!

A.    Match the questions to the answers:

B.    Match the two halves of the sentence:

TOP Books for EFL Teachers of Children and Teens

I was asked recently to produce a list of books that should be on the shelf of a staff room for teachers of YLs and Teens. This is what I have produced so far. It is by no means a definitive list and I hope to add to it regularly. If you have any suggestions please let me know.

Plus of course, books we make for and with our learners!! 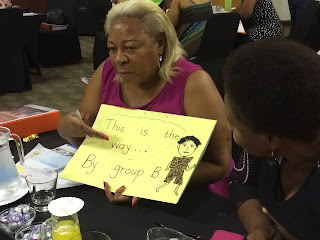 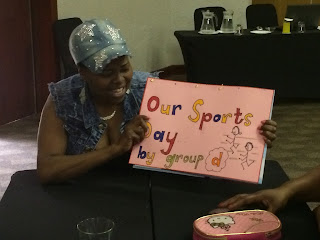 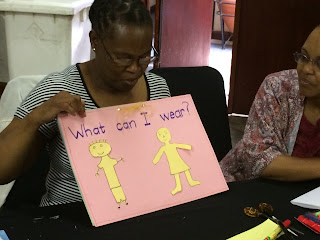 The Power of Visuals

Who is this man? Where is he? What’s he feeling why? 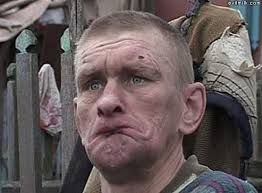 Did you search for descriptive words? Did you think of situations occurring in the world today, like the refugee crisis in Europe? Did your feel for the man?


A picture paints a thousand words

Visuals stimulate the brain directly, so there’s no need to use words to get a message across. Even in Mixed classes all students will be able to start thinking about topics that pictures inspire.

Visual literacy is something we already have. Children read what they see around them from birth, soon recognising symbols. In pre-literate societies pictures were used to tell stories and allow a quick key to who was being portrayed, so the man with all the arrows in his body was easily recognised as Saint Sebastian

and the smallest child in Western society easily recognises these 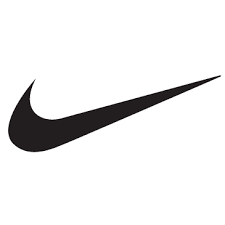 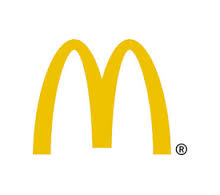 There are billions of pictures – something for everyone. Even if teachers don’t have access to clip art and all the wonderful tools of the internet, newspapers, magazines, leaflets all provide great images.

They encourage use of language in a meaningful way by encouraging students to imagine, make connections and express their own ideas, allowing for personalisation.

BUT as teachers we have to ensure we ask the right questions. We can begin by asking students what they see, but it’s important to tap into higher order thinking skills by asking questions that allow students to do more than name things they see.

e.g. Look at the picture. 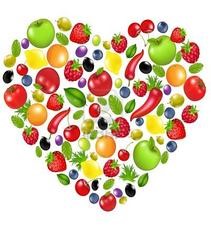 1. What fruits and vegetables can you see?


5. Which grow in your country?

We already ask students to use high order thinking when we ask them to rank (e.g. look at these 10 jobs, which are the most/least dangerous, which are the best/worst paid, which would you most/least want to have) and predict (Look at the pictures. What do you think the text/story will be about?)

It’s interesting to see that the UK National Curriculum Report, 1988, lists the following attitudes as ‘important at all stages of education’:


Creativity and inventiveness, Open-mindedness, Co-operation with others


It would be great to see these attitudes constantly encouraged and developed in all classrooms around the world.

So back to food. Here are some examples of other questions we could ask the students to get them thinking. Notice that the range of answers they could give is huge. They just need to be able to explain what they say.


·         Peter has decided to only eat only fast food three times a day. What do you think will happen to his health?


The more challenging the question, the more it stimulates thought and requires more sophisticated language to answer it.

Video is the next step on from pictures


·         Listening without seeing is very hard and unnatural


·         As children grow their curiosity about the world increases

After watching and doing tasks based on videos in class, students can do further work (alone or in groups) in class or for homework. Homework is great for extension work as students don’t all have to be doing the same thing.


Students’ attention shifts to content areas such as philosophy, sociology, politics and psychology, at least as far as their more general questions are concerned.