Why Play is Crucial in learning


It’s 2017 and I still come across learning environments where even with young children playing is regarded as the opposite of working and not to be entertained in a classroom. Of course, things have improved overall in Young Learners classrooms, helped a lot by the fabulous course books on offer, which come packed with games, songs, drama and even craft activities.


It has long been believed that play is a necessary part of life:


The healthy individual is someone who can work, play and love effectively


Pattern and Growth in Personality, 1961


And we can see arguments for it even in the 18th Century.


We encourage children to play with English


But with teens and adults the game changes. We probably don’t play so much with our older students because of


·        Teacher expectations – we wear a different hat with our older students


·        The course book – there aren’t many games in exam preparation books, for example


·        Play has been defined as trivial by a male-dominated society which emphasises the power of rational thought (Anning, 1991)


It won’t come as any surprise that I like to incorporate elements of play with my adult language learners including those studying Business English, Academic English and preparing for exams.


Below are a few of the activities that have proved particularly popular with my students over the years.


Write a question which will kick start a discussion. Cut it up into separate words. Place these words into a balloon. Use enough balloons so you have groups of no more than 6 students working together.


Blow up the balloons. Place them somewhere in the class with enough space for students to run up to them.


Ask each group to nominate a runner. When you give the signal, the runner has to go to their balloon and burst it without using their hands, gather up the pieces of paper from inside (you’ll have told them how many pieces of paper are in the balloon) and bring them back to the group, who rearrange the question and then start discussing it.


It’s a great way to inject some energy and fun into the start of the lesson.


Getting to know you


There is a limit to how many times students can ask each other the same personal questions.


So, this is what we do. I ask students to write down the following, not showing anyone around them what they write:


l  How many pairs of shoes do you have?


l  What’s the first thing you do every morning?


Then I explain that these 6 things are actually their:


I model the questions (What’s your name? How old are you? etc) with some of the students, write them on the board, drill them if necessary and ask the students to mingle and get to know each other!!


This is a great game because


·        It’s suitable for all ages (obviously tweak the questions to make the answers appropriate e.g. children can talk about their best friend or a hobby)


·        Laughter promotes a sense of well-being, relaxation and alertness


I write about 25 words on the board, including a range of verbs, adjectives, nouns, pronouns etc. Like those below:


I ask students to work in pairs or small groups and write a one word sentence, using any word on the board; then a 2 word sentence; then a three and keep going till they have created the longest sentences they can.


This task is great for practising syntax and grammar as well as justifying the weirder suggestions.


Either use flashcards stuck on the board or a projected image like this: 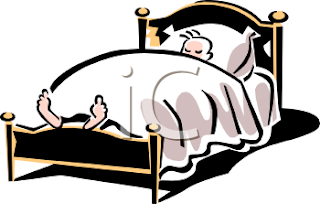 Explain that the students are actually all experts in solving crimes and must look carefully at the picture and come up with a theory of what crime has been committed and how.


But as they can never be sure they will be using modals of probability: can, could, might, must etc.


Add more details (e.g. a knife, wine bottle, blood stain, picture of a woman on the wall) to the picture one at a time and get more ideas.


Encourage students to incorporate all the clues into their theories and if they don’t use modals of probability, nudge them by asking ‘Are you sure?’


If learning is just serious it can become boring, uncreative and depersonalised and if it’s just fun, it can lack a language purpose. We need to make sure it’s SERIOUS FUN!